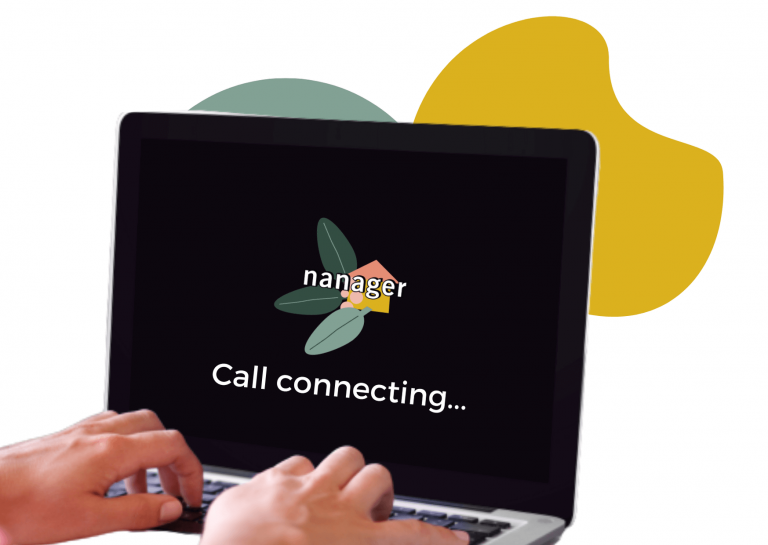 As a nanny, I’ve done a handful of virtual interviews. Pre-Covid this was usually for positions where the job or the employer were in another state or country. In the past year though, I’ve done over 100 video interviews with nannies in my role as Recruitment Manager for Nanager. Most candidates are perfectly fine in terms of how they present on video, a few are outstanding, and some are a disaster! This isn’t necessarily a reflection of their ability as a nanny, or even their ability to communicate or interview in person. I’m really tolerant and understanding about how awkward they can be. But it can impact on the nanny’s success with agencies or families.

Unfortunately, virtual interviews are going to remain a part of our world due to the convenience they offer, as well as the safety they provide in times of social distancing. So how can nannies work with the format so the virtual interviews don’t work against them? Here are a few of my simplest tips that everyone can implement with a bit of preparation and consideration.

It’s impossible to predict exactly how steady a connection will be at any given time! However, you might know places in your home where the internet performs better or worse. Plan to do the interview in your best location. If your internet connection isn’t great, consider whether using mobile data will be a better option.

Even with a good connection, sound can sometimes be an issue. Try to have earphones on hand to pop in if the audio is a little garbled. Sometimes that’s an easy magic fix that’s needed.

Ideally, you want to have a place to put your phone or computer so that it is steady and in an optimal position without you having to hold it. You don’t need a tripod.. Personally I use a photo stand and a stack of books. Before this, I propped my phone on a few boxes and held it steady with Blu-Tak. Whatever works! If using a separate camera device, try to place it somewhere that allows you to look at the screen and camera in the same general direction.

In virtual interviews the technology can be a distraction, so you want to do all you can to minimise having to think about it. We want to mimic the ease of speaking in person as much as possible. In terms of what the camera is facing – make do with your best option, but try to set it up in a neutral, clean space (try not to participate from your bed!).

This is often something people don’t even consider, but it makes a huge difference to me. I’ve had interviews (both with nannies and with agencies!) where the other person was in such darkness that I could barely see them, and others where there was an intrusive pattern of bright light (sunlight through blinds, for example) that limited my view just as badly. The ideal is to have the lights on in your interview room and (if daytime) have natural light coming in without interference as well.

It might sound complicated, but it’s usually not too hard – it’s easy to test out what it looks like with your phone’s selfie camera.

Just like you shouldn’t do virtual interviews from bed, you also shouldn’t do them in pyjamas! That’s an extreme, but present yourself as though you were attending the interview in person. You’re in the comfort of your own home but it is still an interview.

Of course, it’s a nanny interview, so there’s no need for formal attire, but make sure you look neat and presentable as well as natural.

5. Be prepared, be ready, and nail your virtual interviews.

Once you’ve sorted out the key points above, virtual interviews shouldn’t feel so daunting. Make sure you also know how to access the app/platform you need for the video interview, and ask someone for help beforehand if you need it. Be ready and in place for your interview a few minutes early, just like you should be when arriving for an in-person interview. If nothing else, it should allow you to take a few breaths and prepare.

During the interview, try to forget about the fact you’re communicating through a screen. Be friendly, be professional, be interested, and most importantly – be yourself!

Find a nanny or nanny jobs in Melbourne, Sydney, Brisbane, Perth, Adelaide, and all surrounding areas.

Leave us a message and we'll get back to you.

A webform by Podio